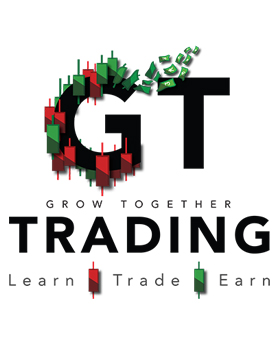 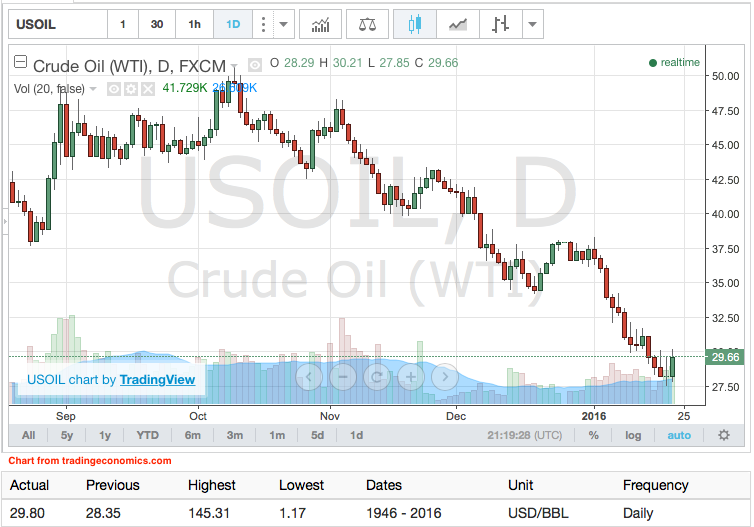 What a start 2016!  As of the time of writing this article WTI crude oil stood at $27.99. This is a low the market hasn’t seen for many years and is adding further pressure to global oil players early this year as well as Iran announcing an extra 500K barrels a day in production/supply. The Dow Jones and S&P 500 have also shown some effects of the falling price and are not supporting higher prices WTI in-turn.  We say this because global markets started selling off early 2016 amid the turmoil in China and negative ISM readings in early January from the U.S.

The oil and gas industry is still in for a bumpy ride in 2016, the questions I put to you is what do you see the bottom of the barrel being?  $15, $20…..where does it stop do you think?  My fundamentals and technicals indicate we still have further downside to go however my other concern is how much pain can nations dependent on the price of oil take?  Such as Russia and Venezuela and many others?

So…we enter 2016 with a murky view with the potential for some huge market and currency movements.

2015 was filled with much uncertainty from central banks governments and global economies alike.

Central banks continued to print money and governments had to let them because of being scared of a recession in frankly a flat if not contracting global growth period.  But this had intended or unintended consequences.

In Europe the ECB and Japan the BOJ are still printing money endlessly with an expected return to old ways in the U.S. (QE4!).  Not good folks!

We have for example, European central bank chief economists stating “if you print enough money you always get inflation.  Always.”  Its truly frightening.  The world economies have been digging themselves into a deeper hole ever since the financial crisis and its plausible to say “they” learned absolutely nothing and everything is a test case.

The problem is general Joe on the street foots the bill and he is feeling it!  It’s not all doom and gloom the good news is that we need these cycles to occur, its the powers that be that must let them unfold to and extent to refresh the market.

The markets are propped up on cheap money sloshing around and the economy and it is not impressed.  The S&P500 (biggest stock market in the world) has done nothing practically for months with barely any returns, I mean sure its up but since the up its done nothing but run in a range between roughly 1900 and 2100.

China unofficial PMI numbers have been under par for months with the U.S. 1 or 2 more reading’s away from confirming contraction which could see global economies stall even further.  There are of course many factors to consider…what else is big on your radar for 2016?